40 Under 40: Meet Will Rush, a zen fintech founder who wants to educate your kids about crypto 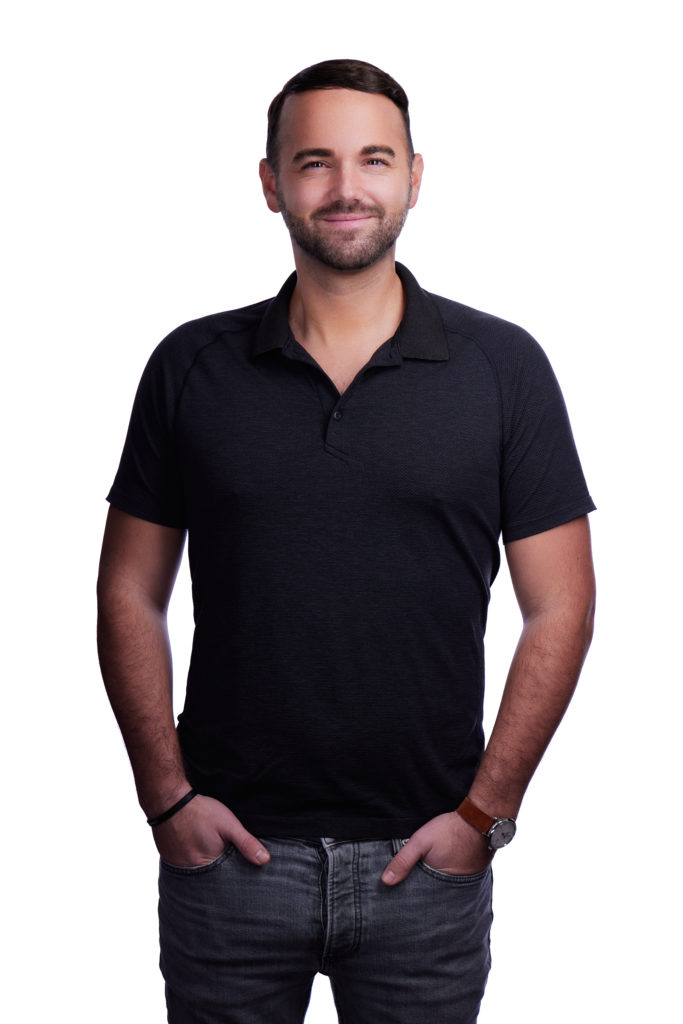 Every year I talk with thousands of people with incredible talent, immense potential, and dynamite personalities. Believe me, then, when I tell you that it’s rare to find someone who leaves me truly amazed. Will Rush is one of those finds. In fact, he’s so special that I had to break from my 15-year tradition of sharing with you people 40 Over 40 and make this one a 40 Under 40.

Will is the founder of Stack, an app that goes where school curricula doesn’t (or won’t), and educates the next generation about personal finance. It does this by harnessing Gen Z’s interest in cryptocurrency to teach them about responsible investing habits. While I can’t divulge too many details before the launch, I did get a sneak preview of the app and I can say that — just like its founder — Stack left me surprised and delighted. For one, it looks nothing like a finance app. And two, it’s going to be the first crypto platform to welcome investors under the age of 18 (thanks to custodial accounts). As the founder of a fintech company (let alone one in the crypto space), you may have a vision of Will in your mind.

Erase it. Will is one of the most lucid, borderline zen founders I’ve ever met. Others who have spoken with him have described losing their sense of time, riding the wave of easy yet scintillating conversation that has escaped most of us for the last two years. I’d also add that Will doesn’t look for shiny objects. This under-40 founder’s vision is absolute, and his wisdom is beyond his years. Here’s what he told me,

“Someone recently asked me if I’m starting Stack for money, power, or influence. I didn’t identify with any of those. What I get out of this is the joy and satisfaction of watching my team learn and grow. That’s the most important thing for me as a leader.” 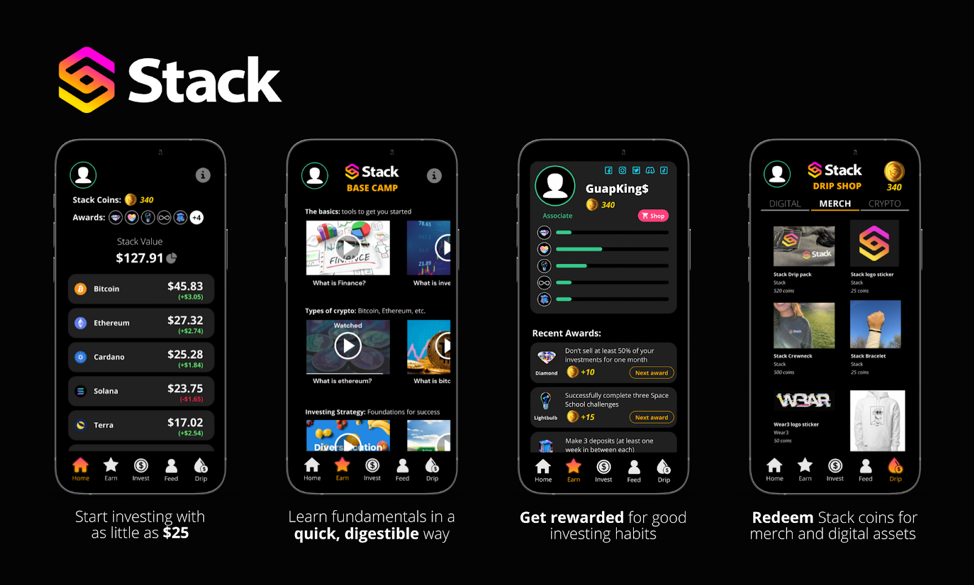 He means it, too. And so, without further ado, here’s our 40 under 40 interview with Will Rush.

What did you want to be when you were young?

A teacher. I grew up with a brother who was nine years younger than me, and spent a lot of time playing QB in the driveway with him and his friends. I loved being a fun, but also guiding, presence throughout their adolescence, and I think it’s why I gravitate towards roles where I can mentor others.

One of the best decisions I’ve made in my entire life was forgoing the typical study abroad experience and instead receiving approval from my university to teach at an elementary school. Italian public schools had just cut English and gym from their curriculum due to the financial crisis, so it was a perfect opportunity to have a real impact. I remember my first day taking a bus deep into the Tuscan countryside wondering what I had gotten myself into. But just like my relationship with my brother and his friends it would end up being so impactful. It was unique to be a young teacher who could relate to students, but also gain their respect and trust. Eight years later, one of my classes sent me a picture of them at their high school graduation holding the American football I had given them. It was one of those incredibly special and validating moments of the impact you made. They made just as much of an impact on me, and I’d absolutely go back again and teach for fun.

What are you passionate about?

Seeing others surprise themselves with their own potential. I kind of fell backwards into the world of finance, and really quickly realized the biggest inertia layer that was keeping people from investing was their belief in themselves. The finance industry had cloaked itself in false complexity and fear. Then it over-optimized for access while failing to educate. It’s led to this casino marketplace we see today that thrives off of social media and trends instead of proven (and often boring) investing strategies. After all, more often than not the most successful strategies require only a very basic level of education.

But changing people’s habits is hard. So I thought, ‘what if you could invigorate young people, before they are afraid of new things, to invest with basic principles?’ And how it could set a habit that positively impacts the rest of their lives.

I love Rick Steves and Bob Ross. I think there’s something wonderful about the production value of those videos in a world with Cardi B and TikTok. All I really need is a guy next to a stream in Holland talking about the history of the Netherlands. I’ll pick that over a TikTok of someone dancing any day, so clearly I’m not the one running our social!

Who inspired you to get to where you are today?

My mom. She might love or hate some of the reasons why. She was a single mom for most of my life, and she was thrust into having to deal with finance for the first time when I was about 6 years old. She’d been married for 12 years and her husband (my dad) had controlled their finances, so she had basically no financial education and it was daunting for her. For me, it was really polarizing to be in a financially secure setting like my dad’s house, going to a fancy private school where kids were driving Range Rovers; and then to go to my mom’s where the bills were piling up and it always seemed a bit rocky. As a college student and young adult, I was able to help her take control of her financial situation and it was really inspirational to see her gain that independence.

Knowing how many people share my mom’s story, and how little support there is for those people, definitely laid the groundwork for Stack. Having a financial education is empowering and — I think — absolutely essential for everyone.

What do you want to say to the over-40 crowd?

There are teenagers in their basements charging $1,500 for a social media post. If that doesn’t inspire you to try new things and go after something you are passionate about, then I don’t know what else to say. You can let the technology of tomorrow be enabling or disabling. It’s up to you.

How do you blend work and life?

I could probably use some advice from the over-40 crowd on this one but blend is the perfect word. I’m still figuring it out and I can’t say I’ve found balance. However, there’s a love language that my wife, Taylor, and I are so fortunate to have, and that’s that we respect each other’s career ambitions. No matter what day of the week or what time it is, we will stop whatever we’re doing to go help each other achieve more in our careers. I’m really fortunate to have that teamwork, and to have a partner who is so tolerant of how much time it takes to chase my own professional dreams.

What show or movie is on your watchlist?

I love documentaries, and my favorite documentarian is Ken Burns. I consume every minute of his content. His Lewis and Clark Corps of Discovery…wait actually I don’t even want to share how many times I’ve watched that. It’s so calming. He comes out with a new documentary every year and I’m constantly checking his site to find out when the next one is coming.

So how do you wind down, then?

My creative flow is after 10pm. I have a huge problem in choosing whether I need more sleep at night, or if I should just let it rip. There’s something wonderfully productive about having no distractions between 10pm & midnight.

What superpower would you want?

As a leader, the one I’m always working on is the ability to inspire people around me. I think that’s an ephemeral superpower; you can never really reach the summit.

Who, dead or alive, would you want to have dinner with?

Teddy Roosevelt. He led by example. His son is the only child of a president who has died in a war. That’s just one small version of walking the walk, and I think the best leaders do that. They make sacrifices and lead by example. People follow them because they are always leading the charge.

What about if we expand that question to include fictional characters?

Oh, man. I love The Office. If Michael Scott was my boss, I’d probably never accomplish anything because I’d never want to stop working under him. I don’t think a lot of work happens at Dunder Mifflin.

Everything. The number one thing I’m working on is being the best version of myself and being enough for me. I think a lot of that is about compassion for yourself.

What book is on your nightstand?

There’s this book I love called Eleven Rings. It’s written by Phil Jackson about his career as probably the best NBA head coach of all time. What I love about it is that he completely threw out the playbook and just started trying (often very weird) things. He was a trailblazer. He realized that his path would always be his own. There’s a lesson in some of that about humility and self-talk. It’s important to be enough for yourself, because if you’re not, you’ll never be enough for anybody else. That’s my reality right now. I want to create great outcomes for my customers, my team, my investors, but I can only do that if I can first be true to myself.

Meg Jay’s, The Defining Decade is a must-read for anyone in their 20s. There’s a chapter in it that talks about how when you become an adult you’re thrust into the middle of the ocean. Some people spend a lot of time searching for land, while others just start swimming. This one metaphor changed my life. I stopped searching for land and started swimming. And all of the sudden, I was the happiest I’d ever been.

I think we may all need to take a page out of Will’s (well, Meg Jay’s) book and start going with the flow of the ocean of life. If it’s how Will achieves his calm, wise disposition, then I might just take two pages.

If you want to try Stack (for yourself or your kids), you can sign up for their waitlist to get notified of when the app goes live.