It’s always a joy when the right client connects with the right candidate. Both employers and job seekers put time, effort, and resources into making a mutually beneficial relationship happen, and it’s satisfying as a recruiter to facilitate a good match.

But even the best matches can be soured when the job offer is made and emotions make their way into the negotiation process. Candidates who may have attended endless networking events and spent countless hours chasing jobs are happy, but also emotionally vulnerable as they consider the offer. Meanwhile companies that have been stymied in their attempts to fill a role are suddenly ready to move, but might have their own baggage as they take into account shifting budgets and priorities to consider what they’re willing to pay.

There are some practical ways we can acknowledge—and to some extent defuse—anxiety, fear, and other negative emotions as factors in a negotiation. But before we go there, it helps to define a couple varieties of emotion that play into how the two sides perceive each other.

Emotions as they relate to negotiations generally come in two different categories:

Both of these emotion categories can have an influence. Usually, however, the second variety of emotion occurs most frequently in job offer negotiation scenarios. Fear on the part of a candidate is especially common; particularly the fear of being too aggressive—or not aggressive enough—as they consider asking for more in the way of compensation.

Here are a few practical ways to minimize emotion in salary and job offer negotiations for both candidates and hiring managers:

The first step—and it might sound trivial, but it can be a huge deal—is to pay attention to what’s going on personally. Low on sleep? Haven’t eaten (or eaten something healthy) in a while? Dealt with a fussy child, or had a fight with your partner? These things matter. Do your best to be in a positive, rested state when you consider what’s being offered. The same advice applies to hiring managers: when deciding on the particulars of your initial offer to a candidate, it’s best to be thinking optimistically and not reacting to stress or some other finite, external factor.

Also, candidates who first receive an offer are often tempted to accept it right away, as if the offer will vanish if the company doesn’t get an immediate “yes.” But emotions are naturally running high at that moment. Let the rational brain reassert itself. Candidates should go ahead and acknowledge that they have received it, express general gratitude without getting into specifics, and politely ask for a couple days to look it over. That’s it.

Dealing with the “other side” in a negotiation while not being emotionally triggered is important for another reason: it allows you to communicate honestly and effectively. This negotiation, after all, is an opportunity for both the candidate and the company to set a tone with each other, and help define the working relationship going forward. Honor that by staying positive throughout the process. Both parties should think and talk in terms of “we” and “us” as they discuss the particulars, and work to create a collaborative energy that will hopefully carry forward after the negotiations are over.

Consider the emotions—on both sides

Try to have empathy and put yourself into the other person’s shoes. If you’re a candidate, think about what you may have learned during the interview process, and how that might impact their reaction to your response. Perhaps they are anxious for you to start immediately due to some impending deadline. How will that influence your tone and communication?

Meanwhile, if you are the hiring manager, consider what drives your candidate’s decision process. Money is of course a factor, but did they express a desire to be in a more senior role? Perhaps you can stay in budget and still get a candidate who would ordinarily be out of your range simply by offering them a different title?

Which leads to the next tip:

Both candidates and hiring managers tend to focus overtly on the salary number. It’s an important aspect, no doubt. But both parties should be open to the full range of negotiable options when trying to reach an agreement on compensation. Is there flexibility around time off, or stock options? What about a pay-for-performance option, or a signing bonus? Maybe the salary can’t move right now, but you can offer an allowance for a salary increase in the first six months?

This approach very effectively reduces emotion by removing the likelihood of an impasse or an ultimatum, and improves the tone of communication. If both parties perceive each other not as adversaries but rather as partners working to create an acceptable, fair agreement for both sides, anxiety and other negative emotions are much less likely to flourish.

Instead of introducing personal values into the process of negotiation or assigning a candidate’s (or a company’s) worth based on individual factors, make your points with data. Companies like PayScale, for instance, offer salary ranges for different types of work in different markets. Work with facts and objective sources of information rather than what either side thinks they “deserve.” This will remove a major factor in triggering integral emotions that can wreck a working relationship before it even starts.

Emotions are unavoidable in negotiations just as they are in life. But most of the time, candidates are eager to take a job they have spent time and energy pursuing, and hiring managers have left room in their budgets to handle counteroffers. If everyone can come to the table with constructive energy and a strong sense of their value to the other party, a good match can blossom into a long-term win for everyone. 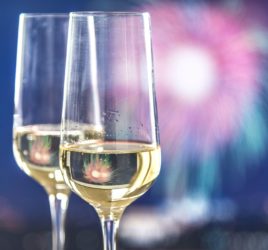 It's the Holidays! (And Peckman Search Partners' 20th Anniversary!) 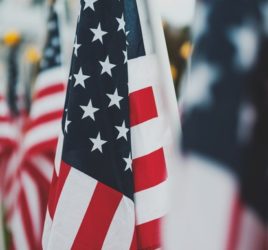 Considering a career change? Just starting out? Have you thought about the military? 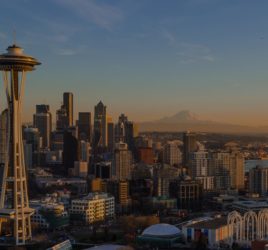 Thoughts and Lessons From the Head Tax Brouhaha