H-1B Visa abuse: What to be aware of when hiring overseas 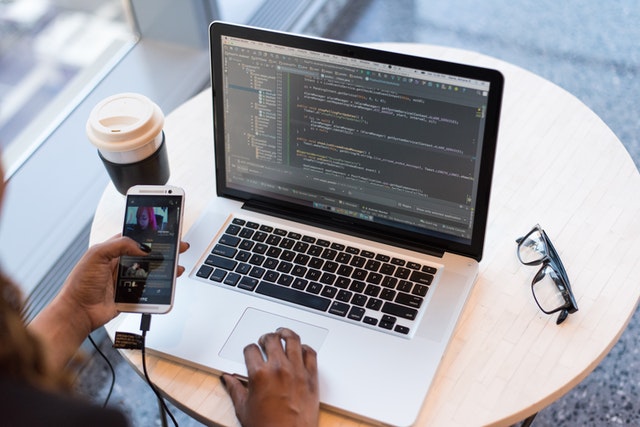 A true story about H-1B visa abuse from the trenches of tech: A downtown Bellevue company finds itself in urgent need of qualified talent. It turns to a local HR-consulting firm (no, not Peckman Search Partners) to locate qualified candidates.

This HR consultant spots an intriguing prospect on LinkedIn. She’s a foreign national living in the New York City area, but she has her H-1B visa – and during COVID-19, everyone’s working remotely anyway. She may as well have been in Bothell for all anyone cared.

The consultant screens the candidate’s resume and everything checks out. He introduces her by video chat to the Bellevue company, which finds itself quite impressed by the candidate’s evident knowledge and engaging personality.

The requisite paperwork is signed. The Bellevue company agrees to pay the HR consultant, and even mails a full set of office tech gear – a laptop, a couple of monitors, a charging station – to the new hire, who will remain in the New York area due to COVID restrictions. The HR consultant, for his part, agrees to pay an East Coast placement agency that is sponsoring the woman’s visa.

At the end of the employee’s first day on the job, the HR consultant gets a phone call from the folks in Bellevue. Had some glitches, they said – the employee’s monitor camera wasn’t working, and they had some trouble with the mike. Her responses to their questions were delayed, but they could hear her typing frantically during the pauses, which is a little unusual. Whatever – we’ll try again tomorrow.

At end of the second day, the company calls the HR consultant again. Something’s not right about all of this – she just flat-out doesn’t seem to know the material we’d asked her about during the interview.

Then, the following day, the consultant gets a call from a company VP, saying this is clearly not the person we had hired – a fraud is afoot. The consultant immediately gets in touch with the worker, who insists that she is indeed the person they had hired. He then emails top execs at the East Coast placement agency, and eventually hears from an executive there who promises to do some digging – and never calls back.

“We unwound that entire engagement within a couple of days,” the HR consultant told me ruefully. “I walked away with egg on my face, quite frankly.”

Fortunately for him, he had a solid relationship with the client and was able to mend fences. As he began talking with professional colleagues at other firms about what he had experienced, he learned that it was far from an isolated occurrence.

In fact, such “bait and switch” maneuvers have been going on for some time, and seem to be especially common in tech capitals like Seattle and the Bay Area. The COVID era – with its remote job interviews and work-from-anywhere arrangements – seems to have created new opportunities for this particular species of grift. I’m here to make sure you know about it, and to offer a few common-sense precautions against it.

First, some context. As we’ve seen in our own practice here at PS Partners, the tech hiring scene is hot – not just at the senior-exec level where we typically operate, but all the way through the ranks to code-writers, who are in short supply nationwide and are especially so here in the Seattle area.

To rectify this shortage, many companies seek to hire coders and other tech specialists from abroad via H-1B visas, which are designed to enable highly educated professionals to come to the US for a temporary hitch, typically three to six years.

Hiring someone this way is a costly, complex, time-consuming proposition. The point for now is that the H-1B process is not for the faint of heart, and an array of companies has sprung up to serve as go-betweens and facilitators between US employers and the H-1B labor pool. Some of these operations are located overseas; some are here in the US, mainly on the East Coast.

So here’s how it works: Say I’m a US-based HR consultant who’s helping an American tech company find highly skilled personnel. I happen to be on LinkedIn one evening and spot a stellar-looking candidate from, say, India. This person is here in the US on an H-1B. I get in touch with them and find out that the sponsor of their visa is one of these intermediary companies. I subcontract to that intermediary, which then provides the worker to my client, the US tech company. The grateful tech company pays me for my services, and I pay the intermediary company. Badda-boom, badda-bing.

Most of the time, the intermediary behaves within the standard bounds of ethics, and the H-1B worker they produce is exactly the one my company intended to hire. But as our consultant-protagonist found to his chagrin, there are exceptions. In fact, some intermediaries actually hire English-fluent, tech-savvy individuals to handle the long-distance interview, while producing a totally different person for the actual role.

In pre-COVID days, this scam was a lot harder to pull off, since the recruiter would commonly show up in person for the new hire’s first day. But with no one going into the office, a switch-up becomes far more achievable.

It’s worth bearing in mind the predicament facing the workers in these situations. Even if they were aware that something dishonest was going on, they are under enormous pressure to find work quickly or risk losing their visa status. They are beholden to the sponsor/intermediary company, yet can usually expect little or no help from it in actually finding a job.

So, how can you avoid being taken in by one of these scams? This article offers some sound precautions, which I’ll summarize here:

The bottom line: Let the buyer beware. Given how much money companies are willing to spend to find tech talent these days, the temptation to cut corners may be too great for some people to pass up – especially when COVID makes the ruse so much easier to pull off.